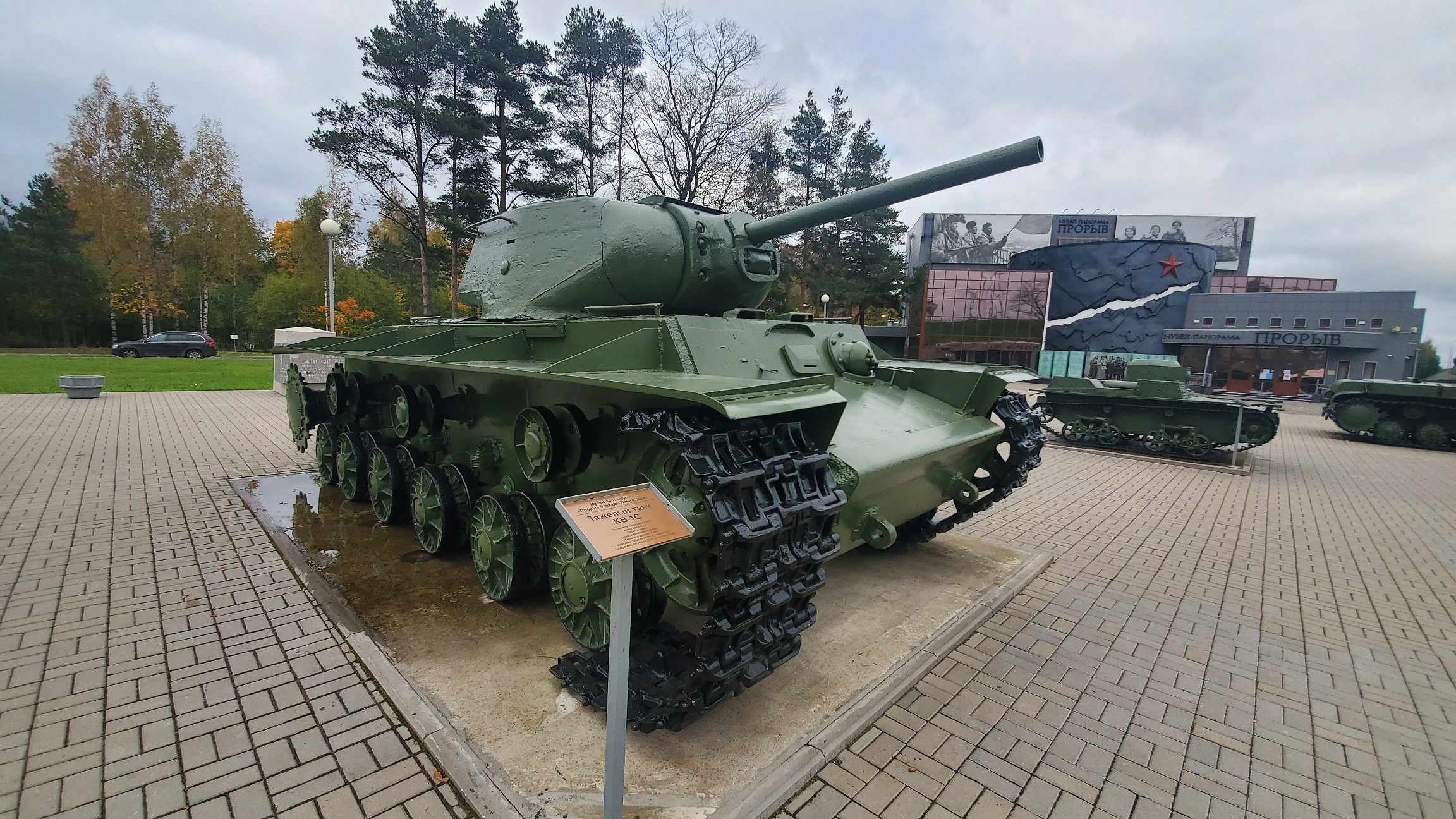 This combat vehicle was developed by the design bureau of the Chelyabinsk Tractor Plant (ChTZ) in May – July 1942 in connection with complaints from the commanders of the Workers ‘and Peasants’ Red Army (RKKA) about the low mobility and reliability of the original version of the KV-1 heavy tank. In order to reduce the total mass of the tank, its dimensions were slightly reduced and the side armor was weakened. As a result of these measures, the average and maximum speed of movement of the tank increased, along with the introduction of a new gearbox.managed to slightly increase the overall reliability of the machine during its operation in the army. Compared to the KV-1, the armament remained the same, but the efficiency of its use increased – the tank commander’s seat was equipped with an observation turret, which improved the view of the battlefield. 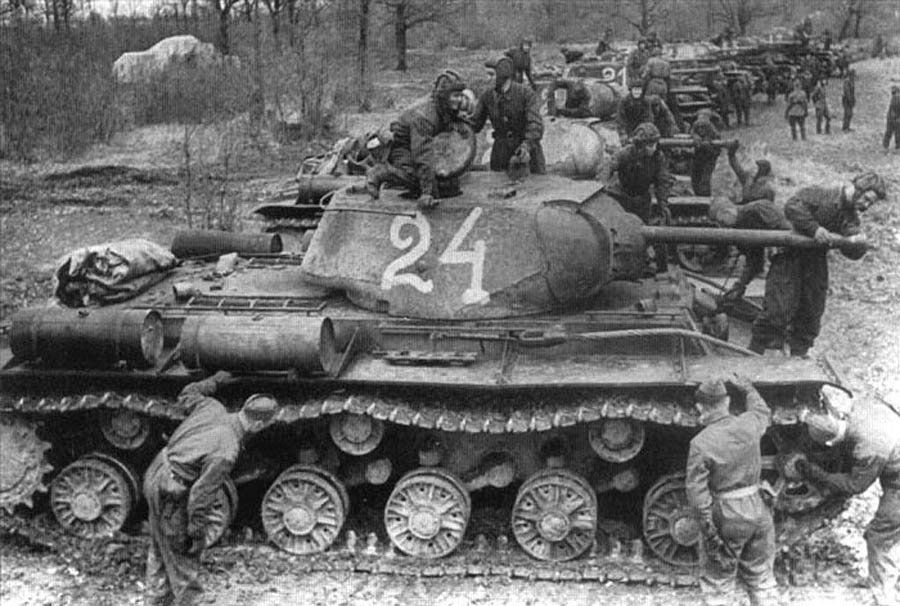 Description of the structure

The KV-1s was essentially a mid-depth upgrade from the original KV-1. The main goal of the modernization was to reduce the total mass of the tank, increase its speed and reliability during operation, and solve the unsatisfactory ergonomics of the crew’s workplaces on the KV-1. Compared to the KV-1, its “high-speed” modification received a smaller and more massive (including due to weakening of armor) body, a new turret with radically improved ergonomics, and a new more reliable gearbox. The armament and engine group remained unchanged. The KV-1s had a classic layout, like all other serial Soviet heavy and medium tanks of that time. The armored hull was sequentially divided from bow to stern into a control compartment, a fighting compartment and an engine-transmission compartment.The driver and radio operator were housed in the control compartment, three other crew members had jobs in the fighting compartment, which united the middle part of the armored hull and the turret. There was also a gun, ammunition for it and part of the fuel tanks. The engine and transmission were installed at the rear of the vehicle.

The armored hull of the tank was welded from rolled armor plates with a thickness of 75, 60, 40, 30 and 20 mm. Differentiated armor protection, cannon-proof… The armored plates of the front of the vehicle were installed at rational angles of inclination. The streamlined tower was an armored casting of a complex geometric shape, its sides 75 mm thick were located at an angle to the vertical to increase the resistance of the projectile. The frontal part of the turret with an embrasure for the gun, formed by the intersection of four spheres, was cast separately and welded to the rest of the turret armored parts. The gun mask was a cylindrical segment of a bent rolled armor plate and had three holes – for a cannon, a coaxial machine gun and a sight. The thickness of the armor of the gun mantlet and the turret forehead reached 82 mm. The tower was installed on a shoulder strap with a diameter of 1535 mm in the armored roof of the fighting compartment and was fixed with grips to avoid stalling with a strong roll or overturning of the tank. The shoulder strap of the tower was marked in thousandths for shooting from closed positions.

The driver-mechanic was located in the center in front of the tank’s armored hull, to the left of him was the radio operator’s workplace. Three crew members were located in the turret: to the left of the gun were the jobs of the gunner and tank commander, and to the right of the loader. The vehicle commander had a cast observation turret with a vertical armor thickness of up to 60 mm. The landing and exit of the crew were made through two round hatches: one in the turret above the loader’s workplace and one on the roof of the hull above the radio operator’s workplace. The hull also had a bottom hatch for emergency escape by the crew of the tank and a number of hatches, hatches and technological holes for loading ammunition, access to the necks of fuel tanks, and other components and assemblies of the vehicle.

The main arms HF-1c was gun ZIS-5 caliber 76.2 mm. The gun was mounted on trunnions in the turret and was fully balanced. The tower itself with the ZIS-5 gun was also balanced: its center of mass was located on the geometric axis of rotation. The ZIS-5 cannon had vertical aiming angles from −5 to + 25 °. The shot was fired by means of an electric trigger, as well as a manual mechanical trigger.

The gun’s ammunition was 114 unitary loading shots. The ammunition rack is located in the turret and along both sides of the fighting compartment.

Three 7.62-mm DT machine guns were installed on the KV-1s tank: coaxial with the gun, as well as course and stern in ball mountings. Ammunition for all diesel fuel was 3000 rounds. These machine guns were mounted in such a way that, if necessary, they could be removed from the installations and used outside the tank. Also for self-defense, the crew had several F-1 hand grenades and were sometimes supplied with a signal pistol.

The KV-1s was equipped with a four-stroke V-shaped 12-cylinder V-2 K diesel engine with a capacity of 600 hp. With. (441 kW). The engine was started with a 15 hp ST-700 starter. With. (11 kW) or compressed air from two tanks with a capacity of 5 liters in the fighting compartment of the vehicle. The KV-1s had a dense layout, in which the main fuel tanks with a volume of 600-615 liters were located both in the combat and in the engine compartment. The tank was also equipped with four external additional fuel tanks with a total capacity of 360 liters, not associated with the engine fuel system.

The KV-1S tank was equipped with a mechanical transmission, which included:

All transmission control drives are mechanical. Almost all authoritative printed sources recognize one of the most significant shortcomings of the KV-1 tanks and machines based on it, the low overall reliability of the transmission as a whole, and a new gearbox was installed on the KV-1s, which was subsequently used on the IS-2. 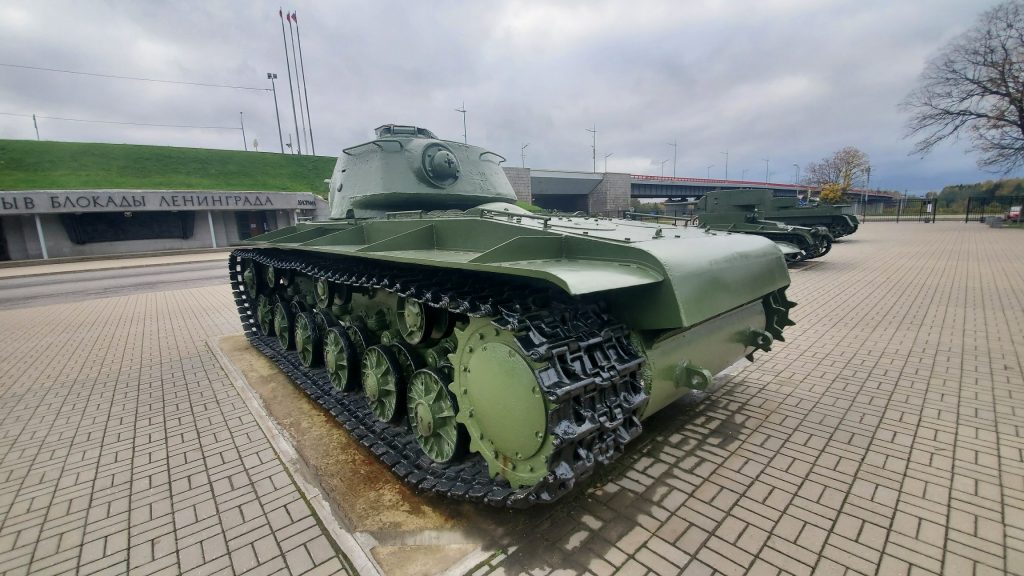 The undercarriage of the KV-1S tank retained all the technical solutions of a similar unit of the KV-1 tank, however, a number of parts were reduced in size in order to reduce the total mass of the tank. The machine has an individual torsion bar suspension for each of the 6 one-piece gable road wheels with a diameter of 600 mm per side. The road wheels were of two types: with round holes installed on most KV-1s, and with triangular holes of a larger size (relief cutouts were located between the beams-ribs of the rollers). These rollers were installed on the KV-1s of the Moskovsky Kolkhoznik column (see famous photo). Opposite each road roller, the travel stops of the suspension balancers were welded to the armored hull. The gearing is pinned, the crowns are removable. Upper branch of caterpillar supported by three carrier rollers on board. Track tensioning mechanism – screw; each track consisted of 86-90 single-crest tracks 608 mm wide. Compared to the KV-1 tank, the track width was reduced by 92 mm.

The electrical wiring in the KV-1S tank was single-wire, the armored hull of the vehicle served as the second wire. The exception was the emergency lighting circuit, which was two-wire. The sources of electricity (operating voltage 24 V) were a GT-4563A generator with a 1 kW RRA-24 relay-regulator and four series-connected storage batteries of the 6-STE-128 brand with a total capacity of 256 Ah. Electricity consumers included:

On the KV-1s, for the first time for a large-scale Soviet tank, a commander’s cupola with five viewing slots with protective glass was installed. The driver-mechanic in battle conducted observation through a viewing device with a triplex, which was protected by an armored flap. This observation device was installed in an armored plug hatch on the frontal armor plate along the longitudinal center line of the vehicle. In a relaxed environment, this plug could be pushed forward, providing the driver with a more convenient direct view from his workplace.

For firing, the KV-1s was equipped with two gun sights – a telescopic TOD-6 for direct fire and a periscopic PT-6 for firing from closed positions. The head of the periscopic sight was protected by a special armored cap. To ensure the possibility of fire in the dark, the scope scales had illumination devices. The course and stern DT machine guns could be equipped with a PU sight from a sniper rifle with a threefold increase.

Communication facilities included a 9P radio station (or 10P, 10RK-26) and an intercom TPU-4-Bis for 4 subscribers.

10P or 10RK radio stations were a set of a transmitter, a receiver and umformers (single-armature motor-generators) for their power supply, connected to the on-board 24 V electrical network.

10P was a simplex tube heterodyne short-wave radio station operating in the frequency range from 3.75 to 6 MHz (respectively, wavelengths from 50 to 80 m). In the parking lot, the communication range in the telephone (voice) mode reached 20-25 km, while in motion it slightly decreased. A greater communication range could be obtained in telegraph mode, when information was transmitted by a telegraph key in Morse code or another discrete coding system. The frequency was stabilized by a removable quartz resonator ; there was no smooth frequency adjustment. 10P allowed communication on two fixed frequencies; to change them, another quartz resonator of 15 pairs was used in the radio set.

The 10RK radio station was a technological improvement of the previous 10P model, it became simpler and cheaper to manufacture. This model now has the ability to smoothly select the operating frequency, the number of quartz resonators has been reduced to 16. The communication range characteristics have not undergone significant changes.

Tank intercom TPU-4-Bis made it possible to negotiate between tank crew members even in a very noisy environment and to connect a headset (headphones and laryngophones) to a radio station for external communication. 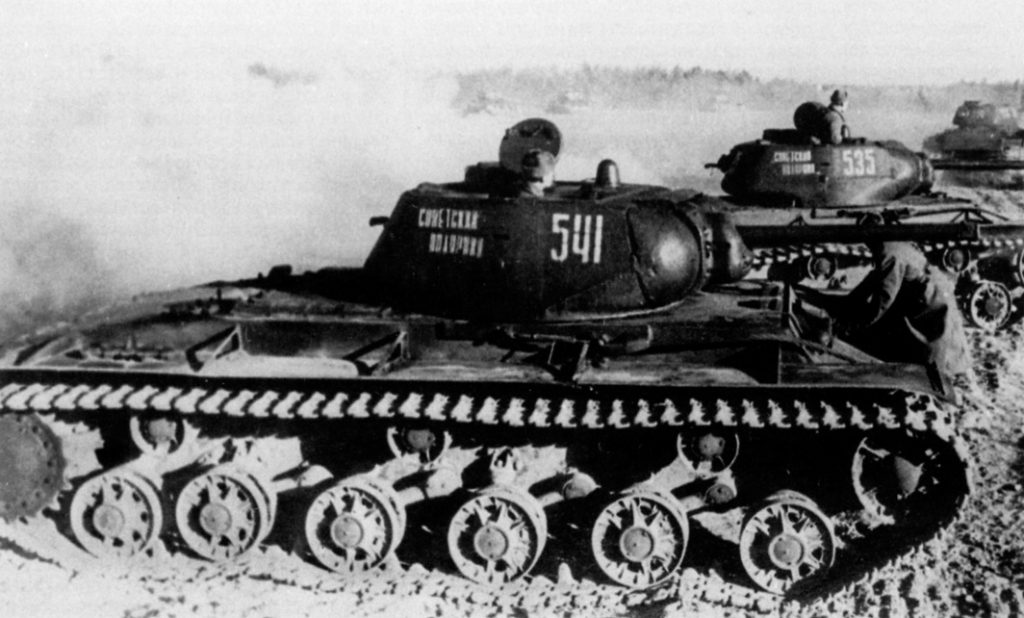 The creation of the KV-1S was a justified step in the conditions of the unsuccessful first stage of the war. However, this step only brought the KV closer to medium tanks. The army never received a full-fledged (by later standards) heavy tank, which would have sharply differed from the average in terms of combat power. Such a step could be the armament of the tank with a new, more powerful 85-mm cannon. But things did not go further than experiments in 1942, since the installation of an 85-mm gun would require a more serious revision of the turret design than was initially assumed, and in the future it promised a slight reduction in the volume of KV-1s production in the winter of 1942-1943: quickly expand production new tank guns of 85 mm caliber were not possible.

After the appearance in the German army of heavy tanks Pz. VI (“Tiger”) with the 88-mm KV cannon became obsolete overnight: they were unable to fight on equal terms with German heavy tanks. In the fall of 1943, a number of KV-85s were produced (a tank developed on the basis of the KV-1s with an 85 mm cannon), but then the production of the KV was phased out in favor of the IS-1.

A small number of KV-1s continued to be used in 1945; in particular, in February 1945, the 68th tank brigade, which took part in the battles at the Kyustrinsky bridgehead, had two tanks of this type. 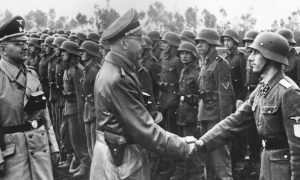 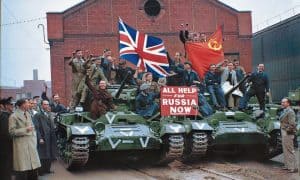 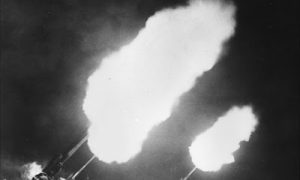 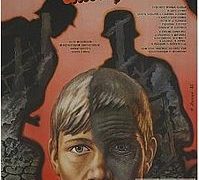 “Come and See” WW2 Movie About The Genocide in Belarus 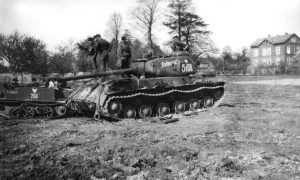 The Battle of the Seelow Heights – Myths and Legends 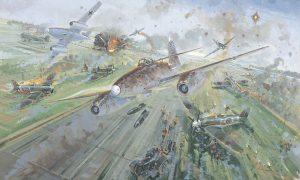 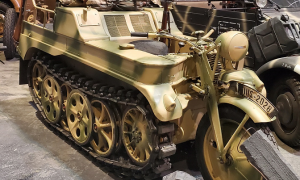 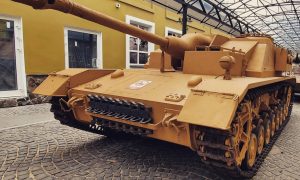 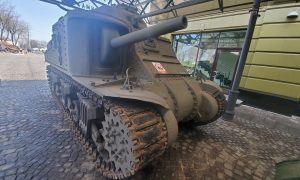 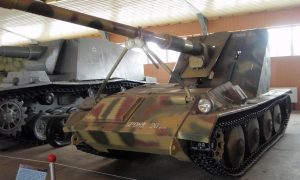 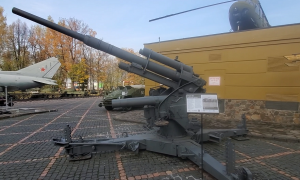